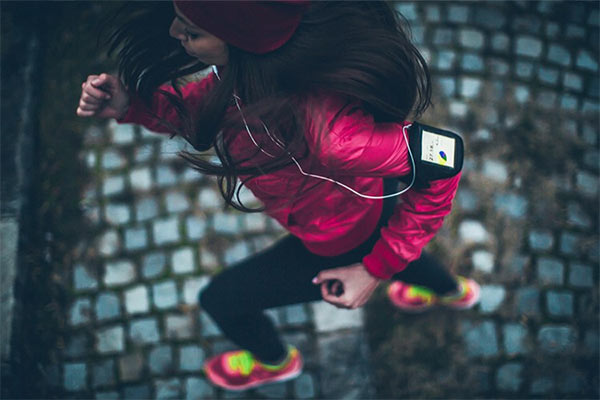 Want to track your health? No problem, there is an app for it. These are the latest trending words amongst the people. If we want to do something and we want it to be fast and spontaneous, then an apps would be the best option to choose. In today’s world, almost everyone has a smartphone and there are many apps on it. It helps them get their work done in a few taps. Want a cab to travel? Just make a few taps and the cab will be at the doorstep.

Technological improvement has been big and it is having a great impact on all. It has become as an essential thing in all the factors of a human’s life or entrepreneurs. Business people are being able to do big time business and make huge profits with the help of mobile apps for their respective businesses. On the other hand, the people is feeling well treated with these apps, as they are able to get the services promptly.

Health is the most important factor of a human’s life, without which it is hard for us to live. It is important that we keep ourselves healthy and fit, for that purpose, there are millions of apps available for us to use. But, there are a few apps which do not actually serve the purpose. The lag in fulfilling the expectations of the people, people want the app to be more engaging, effective and efficient.

Physical ailments are on the rise and major part of the world is affected by some or the other disease. With the world getting polluted, new viruses found, we cannot expect how dreadful are the diseases going to get? A minor part of the population is suffering from dreadful and chronic diseases. They are always in need of help and it must be prompt enough, to make sure that they receive the attention at the earliest.

The apps which have been designed for the users who are suffering from chronic diseases are not meeting the level of expectations which the people are having. It is said that the number of apps used for managing chronic ailments and health issues is on the rise. A recent survey stated that, with the help of the apps, medics are able to easily find cures for the patients.

Unfortunately, the apps which are available is not actually meeting the meeting the expectations of the end users. The apps which have been designed are targeted predominantly at the most popular diseases amongst the people. Apps are designed in such a way that, it meets the needs of the patients who are in major need of these health apps.

Only a few apps which take the feeds from the patients with the symptoms they are suffering from, and diagnose the right health condition. In a few cases, the person may be suffering from suicidal tendencies, depression or anything which is life threatening. It is important that the apps which have been designed for health purposes help the people in time of crisis.

A study states that relying on the health apps during emergencies is really not going to be of great help. It was found that the high rated and highly recommended apps also didn’t do well in the health sector. The terms and conditions of the health apps are not appealing and the users are not satisfied with the privacy of information.

There a few apps where we have the option to health conditions with the fellow users of the app. Here, it is clear that the app lacks the privacy of the information. We are aware of the fact that there a few people who want to have their information protected and do not want it to be discussed. So, it is important that the apps which have been designed and developed in such a way that, it meet the expectations of the user.

The health apps which are available do not have great coordination amongst the users. It is a prominent factor that the health apps are filled with safety and security measures. Apps need to be prompt enough in responding to the information which it is gathering from the users. Only then, it will help the person the medical attention at the right time.

Students from medical universities are trying to builds apps which help the people who are suffering from mental health issues. It has been specifically designed for the patients with mental illness; it has different options which the user can try. They have named the app as “Salama”, which helps the patients diagnose their psychological health conditions. There is a community available in the app, which the users can try. If they find to be helpful and healing their health condition, the people are added to the communities according to the parameters which are set in the app.

It is a fact that the people in the world are predominantly affected by diabetes and obesity. Most of the apps which have been developed had a huge focus on these respective health conditions. On the flip side, there are other health issues as well, which needs the same amount of attention. In today’s world, people are living a stressful life and prone to mental stress and illness. It is important that the tech gigs shift their focus on these kind health issues as well and develop the apps in an effective and efficient manner.

Mobile apps and smartphones have become an important aspect of a human’s life. We need to lead a healthy life, only then we will be able to do everything in our life. There is no use of making big time money if we are not able to keep ourselves healthy. The world is facing a lot of changes and everything seems to be rapid enough for one to adapt to the change. It is essential that the humans start to adapt to the changes and make sure that, the things which they are using is efficient for them.

Technology has seen a dramatic change in past one decade and it has affected the major part of our lives. It continues to have a great impact on us and it will be so in the future as well. There have been a lot of advancements in the medical field to find cures for the health issues. Be chronic or just the flu, there are different kinds of cures available to cure the people. The doctors have been researching to find best solutions for the chronic ailments which the people are suffering from and make sure that they are cured well.

Finally, no matter what kind of apps we are having on our phones. It is always better that we have a health app, which will help to track our health. Try to find an app which is an all round health app for us to stay fit and healthy.

Anand Rajendran is CEO and Co-Founder of  Zoplay, best PHP scripts development company located in India. Zoplay scripts is a part of Casperon Technologies a leading social and mobile development company. I’m a Tech geek, Digital marketing expert, Entrepreneur, and Atheist who loves to write everything about PHP Scripts and mobile application development.