Adopt a Mysterious Marketing Strategy for your Brand 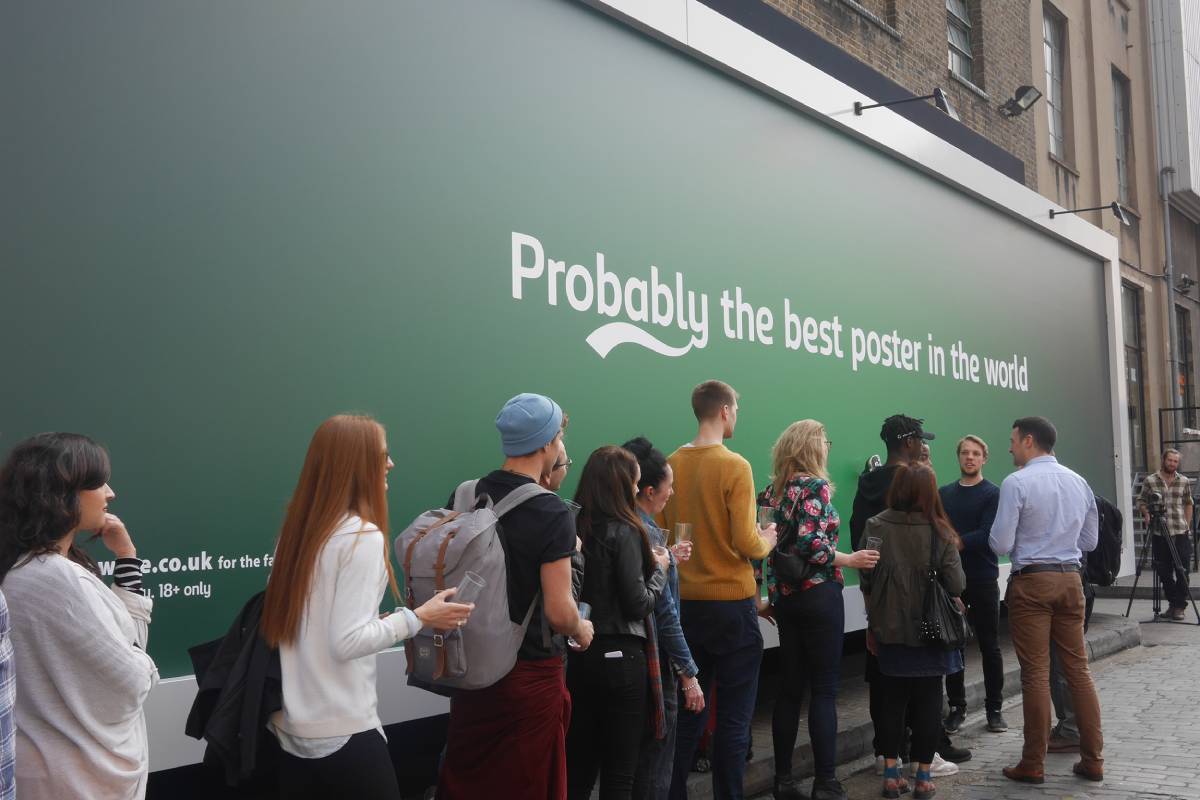 Complex strategies and wild ideas are all well and good, but in reality, it is the simplest adverts that tend to make the biggest impact. Some brands have created such iconic images that they no longer need to feature their company names in adverts. This strategy sounds risky, but some big brands have perfected the technique. Mysterious marketing like this proves how well previous campaigns have worked. When you see the golden arches for example, no further explanation is needed. Plus, iconic logos transcend language and cultural barriers, creating an image that is recognisable around the globe.

Read our guide offering a glimpse at some companies that have harnessed the power of mysterious marketing in the most creative ways and find out how your brand can follow suit.

“Have a break have a…” You know the rest! This iconic strap line is recognised by pretty much everyone. Kit Kat have utilised their famous strap line, along with the recognisable red and white colour scheme, in advertisements around the globe. Since the phrase was coined by J. Walter Thompson’s Donald Gilles in 1958, it has become world famous. Today, we don’t even need the whole sentence to recognise the brand in question.

A ‘half finished’ billboard was one of their greatest marketing successes to date. The billboard reads: “have a br- have a-“ with the final words being cut off. The fact that the brand is instantly recognisable despite half a billboard and unfinished words proves how renowned the company is. There isn’t a Kit Kat in sight on the half-finished billboard, but we’re still left craving one on our coffee break.

McDonald’s are the giants of mysterious marketing. In fact, the word ‘McDonald’s’ rarely features within their marketing campaigns. The golden arches against the bright red background speak for themselves, easily identifying the brand in the most simplistic way.

Many McDonald’s billboards feature only a cropped section of the arch, against a plain red background, next to a simple and direct call to action. “Next exit”, “on your left”, and “just missed us” are all short phrases that feature on otherwise minimal billboards. These simple slogans casually assume that the beholder was already looking to stop at a McDonald’s drive thru, and they grab the attention of anyone passing.

Yet another brand that has triumphed in this approach is Guinness. The brand utilises its simple yet world famous shape and colour scheme in posters. Such posters work to recreate the aesthetic of Guinness without featuring an actual pint. After Japan’s historic win over The Springboks in the 2015 Rugby World Cup for example, Guinness created a poster that depicted the Japanese rugby team in celebration. Their white kit signified the frothy top on a pint of Guinness, and the black background completes the classic Guinness aesthetic.

This clever branding has been recreated over the years, using everyday objects such as barstools, designed to symbolise the beloved pint.

Carlsberg would likely claim to be “probably the best advertisers in the world”, or so their catch phrase goes. In 2015, they debuted their billboard in London’s Brick Lane, which simply stated “Probably the best poster in the world”. There is no actual mention of Carlsberg on the billboard, but the signature tonal green and the white ribbon billowing under the letter ‘Y’ give the game away.

If you thought this simplistic example of mysterious marketing was a great way to attract attention, wait until you hear the best bit: the billboard dispensed free beer to anyone who fancied pouring themselves a pint! Now there’s a strategy that’s bound to draw the crowds in.

We’ve seen how the masters harness the magical powers of mysterious marketing, but now it’s over to you! These brands are all internationally known and easily recognised, so you might think that it is unachievable for you to recreate a similar effect. However, all advertising strategies have to start somewhere! So lay the foundations to create the perfect mysterious allure. Here’s some top tips:

Mysterious marketing is clearly a clever and successful way to advertise your brand. Of course, your company has to be very well established before this technique begins to pay off. High quality outdoor banners and posters can catch eyes, give people a laugh, and most importantly, turn them into paying customers!